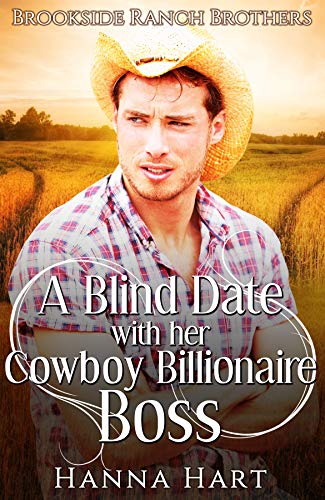 A heartbroken cowboy billionaire — and his nanny. The last thing they wanted was love, but what happens when a blind date forces their relationship to cross the line?

Heartbroken Shelby Peters returns to her hometown Carrin Texas, after years of being away. She just found out her husband had been cheating on her for a mere three months and to make matters worse, their infant son just passed away. Being left with nothing,  Shelby takes a job as a nanny to try help her cope with the lose of her own child.

Cowboy Billionaire Colt Brooks is the owner of the luxury Brookside Ranch. He is a single dad who is still heartbroken after his wife’s death eight months ago. Falling in love is the last thing he wants, but focusing on the ranch and taking care of his two children is getting to be to be exhausting. When a new girl moves to town, he decides to hire her on as his nanny.

To help Shelby get her mind on other things, she is unexpectedly set up on a bling date by a mutual friend only to find herself in front of her new cowboy billionaire boss Colt Brooks. Colt never expected that his blind date would be with his new nanny and knows she is off limits.

With their attraction growing and feelings getting deeper, things become much more then simply professional. But she is keeping a dark secret from him that could ruin everything.

Can they get over their past and build something new together? Or will secrets and lies be exposed and threaten their happiness?