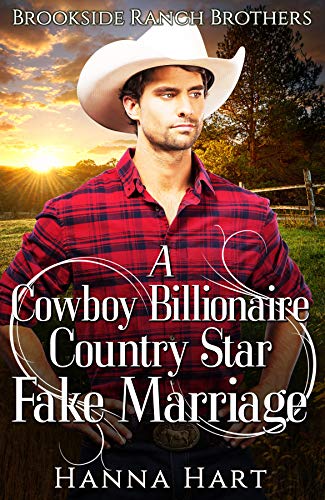 A country star leaves life on the stage to return to his Utah ranch and reinvent his bad boy image – with the help of a sweet and charming ranch hand and a one-of-a-kind contract.

Country superstar Phoenix Brooks had a life that anyone would envy. A bad boy with a billion dollars. Everything was perfect until a PR nightmare threatened his career. Now, his only hope at survival was faking an engagement with the sweet and innocent Miranda.

Phoenix moved his entire life to a ranch after his fiancée lost their baby and dumped him for his brother. The press turned his country career into a bunch of rumors and speculations in a matter of days. Miranda was the wholesome girl who’d help him fix his image.

It was a match made in heaven. Miranda’s life was in shambles. She, too, had a broken heart from a recent breakup and needed the money to pay the government. Being Phoenix’s employee at the famous Brookside Ranch wasn’t going to cut it. So, she accepted the tempting offer he made her.

The arrangement was simple. All they had to do was fake a relationship, but how were they going to continue faking their real feelings for each other?