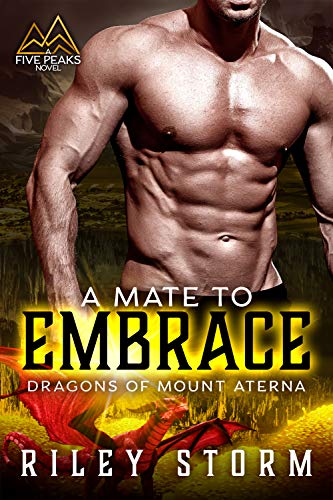 She ran from him once before. Now fate is giving them a second chance.

Grace Atkinson is back in her hometown, Five Peaks. A place she swore she’d never set foot in again. The only reason she’s back is to attend her ex-husband’s funeral. Not because of any leftover feelings, not for that jerk, but simply out of respect. The last thing she wanted while there, was to run into Braz. He’s still just as tall, just as handsome, and looking just as good in a suit. And he’s still the reason she left in the first place.

He had to see her. Dragon shifter Braz Aterna has gone five long years, waiting for this opportunity, and now he has it. He’s not going to screw it up. Again. Things are going to go differently this time. While Five Peaks has changed some, time hasn’t altered the dragon shifter’s feelings for her. Now if he can just get her to stick around for a bit longer.

Braz knows it will take something big to show Grace he’s the one. Like his deepest secret. What he truly is. It won’t be that easy though, because while Grace’s ex may be dead, his sins are most certainly not buried. They have come back to haunt Grace with a vengeance – but she has an angry dragon shifter on her side. Braz is going to do whatever it takes to keep her safe, and show Grace that they are meant to be together.

Will that be enough for the woman he would call his mate?