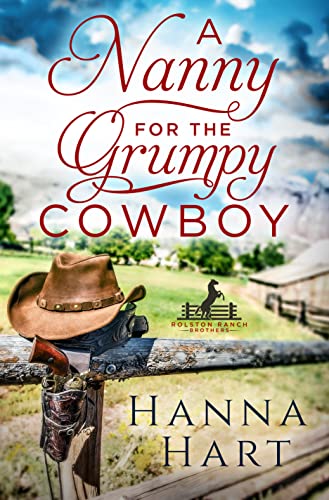 Drake Rolston is a grumpy single dad with a chip on his shoulder larger than Texas. When his long-time nanny quits, he is in desperate need of a new one. Carefree dreamer Freddie Dover seems like the last girl on earth that he would pick. But when there is slim pickings in a small town, desperate times call for desperate measures…and Drake decides to take a chance with Freddie and his heart. What’s worse than a worried overprotective grumpy cowboy boss? Being set up on a blind date with him. Behind those handsome rugged features, Drake looked like he was angry at the world… and maybe he was. He didn’t get along with his brother and that was exactly what he needed to do if he wanted a part of his father’s will. Not only that, his overprotective nature with his young son around horses doesn’t really help his mood when the family owns some of the most successful ranches in Texas. But sparks fly on their blind date for this nanny and her boss. And their flames change Drake’s cold exterior into a warm one. But when a near accident brings out an even bigger secret… How long until the surly cowboy’s flame goes out?