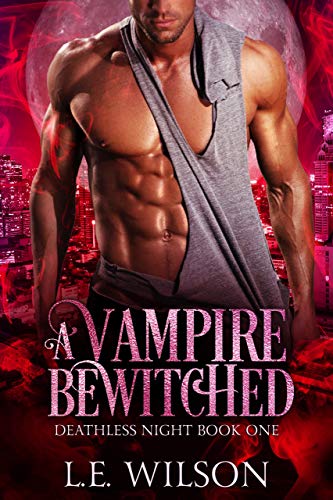 Nikulas finally has a new lead on his brother’s disappearance, a feisty witch named Emma Moss. The problem? Emma is smart and courageous and her scent is impossible to resist. And that scares the hell out of him. Emma deserves more than an eternity with a vampire, but the moment he tastes her blood, Nik knows it’s too late. Her life is now linked to his. Emma still has nightmares about the night her sister was kidnapped—the scars she bears all over her body a constant reminder of what happened—but she hasn’t given up hope. So, when a seductive stranger calls claiming to have a new lead, she doesn’t hesitate to go meet him. With his teasing manner and pretty-boy looks, Nikulas seemed harmless enough for a vampire. But Emma could sense the predator beneath… He needs her to survive. But can Nikulas save her from the one thing that may ultimately destroy her—himself.