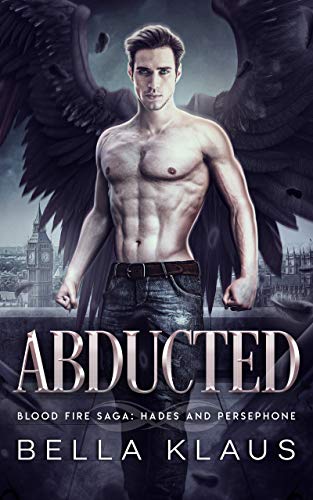 I had a one-night stand with the devil. Now he thinks I’m his wife.

I snuck into a masquerade ball and did something reckless with a man dressed as Hades. How was I supposed to know it wasn’t a costume?

When I ran off, I thought that was the end of it. But he’s abducted me to a beautiful palace in hell.

Hades claims we were once married. He wants me to help him win a civil war in hell and rule as his queen. But I’m just a gardener. I don’t have any magic and I know nothing about warfare or diplomacy.

I said no, but he’s given me three tasks to earn my freedom, each of them more sinful and impossible than the other. If I fail, I must stay with him forever.

The more time I spend in hell, the more difficult Hades becomes to resist, especially when he stands at my bedside at night and stares down at me with those penetrating eyes. His kisses set me alight, his touch awakens something within me thats hotter than hellfire.

If I succumb to his seductive ways, I might forget why I want to leave.