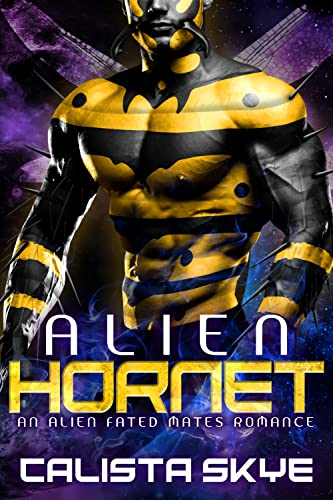 I’ve shot a hornet. He’s eight feet tall, with bright yellow stripes, buzzing wings and hard compound eyes. And he is very angry. He abducted me from my farm and took me away in his spaceship, which looks like a hornet’s nest on the inside. But before that, he stung my friend. And with a stinger that size, that had to kill her on the spot. So I have my reasons for hating him. He’s clearly an alien, more hyper-muscular man than hornet. But he’s buzzing louder and louder, and I think he’s furious. And if that protruding rod there is not his stinger, then I don’t want to know what he’s planning to do with it. Let him try. I’m not going to be his hive mate.