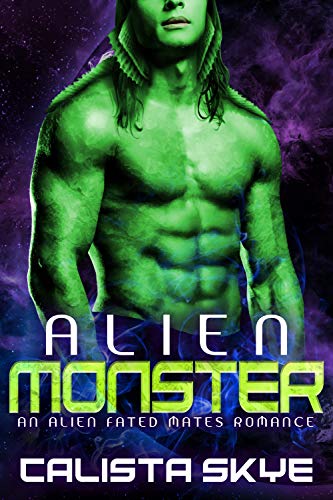 It’s usually the other way around; aliens abduct Earth girls like me and sell them at auctions for the buyer to impregnate.

But I’ve been there, done that, got the PTSD to show for it.

It’s not that I wanted to abduct this bright green, eight feet tall guy with eyes as red as stoplights.

It was an accident, despite what he thinks.

Because he’s the scariest thing I’ve seen. And I happen to know that he’s a criminal, the nightmarish leader of a notorious gang of pirates.

He’s trembling with rage, alien eyes piercing me. The force field holding him could fail at any moment. When it does, he’ll definitely murder me.

And the way his pants are bulging, I can only hope that’s all he’ll do.