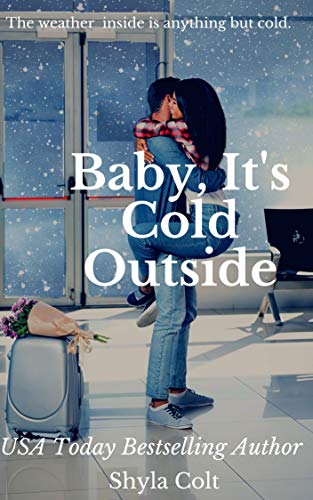 Delta Elliot is returning home. The place she fled after her heart was broken, and she fell into a deep depression. After a childhood being moved around in the foster system, abandonment issues and codependent relationship left her accepting less than she deserved. Space and therapy have her ready to live life on her own terms. When she meets a stranger at an airport with a number of the same qualities as the ex who broke her, she must decipher coincidence with rebounding.

Burned by someone who was supposed to love him, Sam Solaris has given up finding his happily-every-after. Afraid no one will truly understand the quirks and unique symptoms that come with his Asperger’s, he focuses on his special interests and work. A severe winter storm grounds his plane on Christmas Eve and introduces him to a woman who doesn’t make his anxiety spike. Unable to resist the draw to her, he finds himself dangerously close to falling in love.

But can he trust his judgment after the disaster of his last relationship?