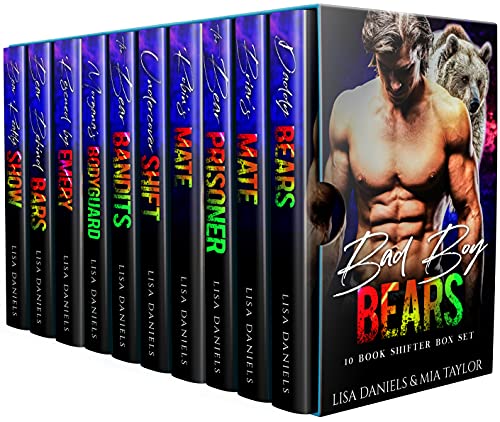 Love just moved in upstairs…Despite the shifter’s gorgeous physique and dreamy eyes, he still had a difficult time bonding with members of the opposite sex. In the back of his mind was always the indifferent brunette who left him and his bear brothers drenched in the rain and the fear that it might happen again.Safe in his walled existence, his most major concern was the future of his job. Safe, that is, until I moved upstairs. I have a legacy darker than anything anyone could imagine. Drawn together by an invisible but magnetic force, we fall into an uneasy companionship, guided by fate, but countered by logic.When I learn more than I ever expected about him, my desire to uncover the entire truth leads me into dangerous and surprising territory.This Collection Includes:Daddy BearBriar’s MateThe Bear Prisoner& More!