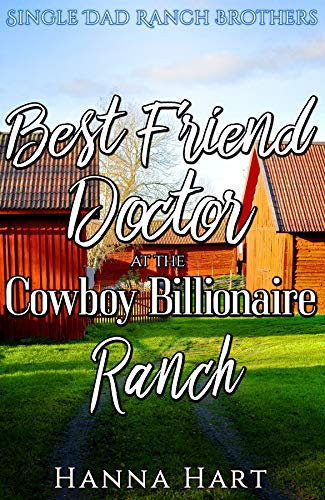 He’s a cowboy billionaire whose son is fighting for his life, and she’s the doctor who can save him. In the past their friendship held no bounds, but could this tragedy make them more than just best friends?

It’s easy for Garrett Forrestor to ask for help from his best friend. His son, Jack, has the same serious illness that his late wife did, and he couldn’t bear the thought of losing him too.

Dr. Bridget King specializes in blood work. She will go to any lengths to help Jack, to save his life, and to make Garrett’s life easier. Which is why she agrees to move in with them at the ranch when things get overwhelming.

Bridget becomes more to Garrett than just his best friend. She becomes his son’s doctor, a mother figure, a confidant, and a business adviser. But somehow, she feels undervalued, overlooked and friend zoned. Perhaps Garrett doesn’t fully see her beyond the roles that she’s playing for him

When it becomes harder for Bridget to continue living with him without falling in love, she has to make a choice.

But what happens when Jack’s illness puts her in a position to make the ultimate sacrifice?