You can immerse yourself in romance books and forget the problems in your love life. But will they end up together? Are they right for each other? Will the third wheel stand in the way? Romance novels are always engaging, and if you like steamy scenes, then even better.

Then, there are classic mystery books that keep you guessing what is going on until the very end, and even then, you might still not have all the answers you are looking for. So now, if you like mystery and romance books, you might want to combine the two together. 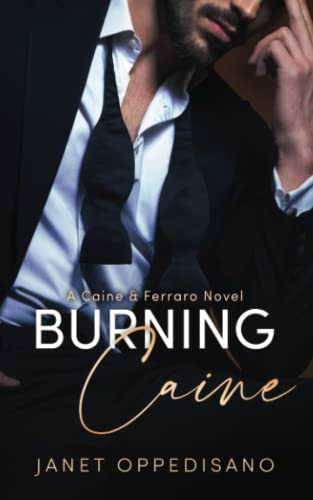 “Burning Caine,” is the first installment of a series of four books, the Caine and Ferraro Series. Author Janet Oppedisano won the Romance Writers of America 2021 Vivian Award for the most anticipated romance book of the year.

This story focuses on Samantha Caine, a rising star in the art crimes unit of the FBI. However, her job at the FBI ended due to unforeseen events, leaving her in a dead-end insurance adjustor position. It all seems boring until one claim comes in for a valuable painting destroyed in a house fire that also killed several people.

It all seems fine until she starts digging, and this is when she realizes that both her boss at the insurance office and the police don’t seem too keen on solving anything. She is paired with a contractor, a dark-haired and chiseled-chin man named Antonio Ferraro, which is when things get interesting.

Antonio is tasked to solve the mystery with Samantha, and he discovers she is a human lie detector. As she begins to unravel the mystery and unearth many truths, Antonio hopes dearly that she does not uncover any of his secrets because he is in love with her after all. This is one of the most gripping and nail-biting mystery romance novels of all time, and we certainly recommend reading it. 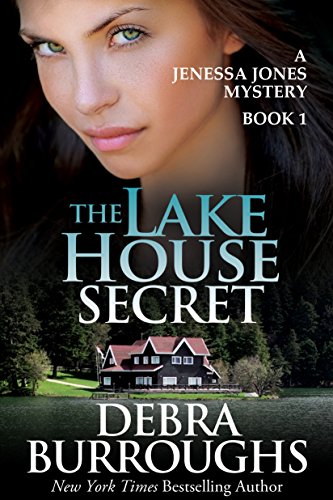 “The Lake House Secret,” written by Debra Burroughs, is an intriguing mystery-filled murder romance book with so many plot twists and turns that you will never see the ending coming. However, it was written by a New York Times bestselling author, so you know it will be good.

Jenessa Jones, the heroine, is a reporter forced to return to her hometown for her father’s funeral, the same father who sent her away 12 years earlier to hide an unplanned pregnancy. However, while there, she is to report on a murder. She runs into Logan, the prime murder suspect and the father of her child.

Jenessa believes that Logan is innocent and proceeds to dig into the case to clear his name. However, she soon discovers that her very old and dear friend, Michael, is the leading officer on the case.

She is torn between the new and old love. Does she help Michael get to the bottom of the case, or does she continue to help Logan try to clear his name? Moreover, she is now torn between the two, as she loves both but doesn’t know who to choose. 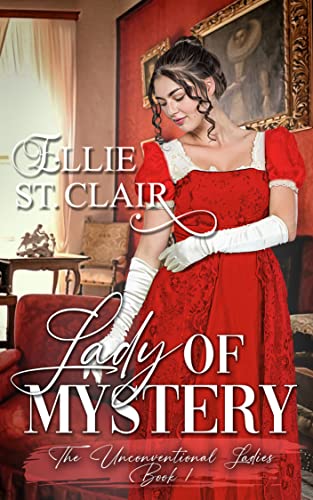 “Lady of Mystery,” by Ellie St. Clair, is a captivating, steamy, and romantic mystery novel that will have you holding on with white knuckles.

The main focus is the heroine, Lady Phoebe Winters, a strong-willed woman who loves reading newspapers, periodicals, and anything about the real world. However, she hates reading them because everything is written from men’s point of view, while women stand by being told what to do.

Phoebe has had enough of this nonsense and decides to use her family money to start her own publication to be written by women and for women, aptly named The Woman’s Weekly. And, sure enough, it causes a stir among the male nobility who dislike the feminist point of view.

Jeffrey Worthington is the Marquess of Berkley Due to his father’s death at a young age, he holds a great deal of responsibility. He does a fantastic job at maintaining order in all aspects of his life. However, Women’s Weekly is beginning to have serious consequences for his noble family, which means that it must be shut down, and he will be the man to do it.

At the same time, Jeffrey is set on courting Lady Phoebe, as he is deeply in love with her. However, issues arise when he discovers she is indeed the owner of this feminist publication. Jeffrey must choose between his familial duties and his love for Phoebe. Which will he choose?

The Girl and the Twisted End 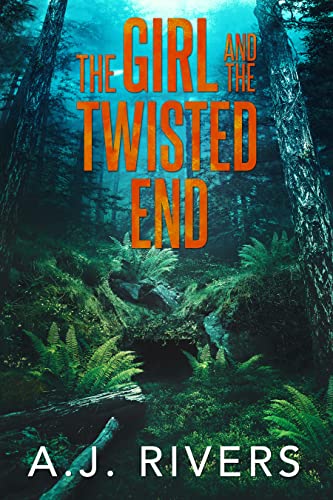 “The Girl and the Twisted End” is the 21st installment in the Emma Griffin FBI mystery series by A.J Rivers. It is a gripping murder mystery and romance that will have you wondering what is going on until the very end. But beware, there is a shocking twist and an ending you will never see coming.

Emma Griffin is an FBI agent tasked with solving the murder of Marie, a young, vibrant, and beautiful woman who was cruelly cut down in the prime of her life. Emma and Sam, her partner, dive into this murder mystery to bring the killer to justice.

At the same time, Emma starts digging into police and government corruption when some unexpected people come into her life. The more puzzle pieces she unearths, the more mysterious people come into her life, and yes, there is a bit of romance. Admittedly, the focus of this book is not romance, but it is such a thrilling book that it is worth reading. 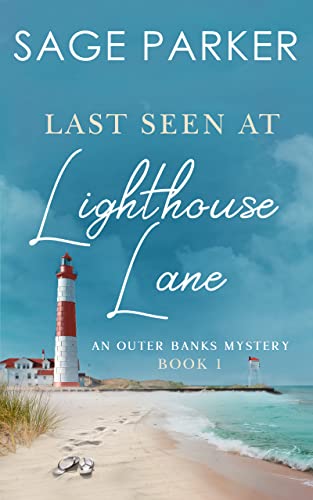 “Last Seen at Lighthouse Lane” is the first of six books in the Outer Banks Mystery Series written by Sage Parker. It focuses on Laura Williams, a woman who hasn’t returned to her hometown since she left it so many years ago.

However, Laura gets a call from the local doctor about her mother’s rapidly declining health, forcing her to return home for the first time in many years. Moreover, the city she left is the home of the man who broke her heart just two weeks before they were supposed to get married.

So, Laura leaves the city to go home and care for her mother while keeping up with her journalism career. But, when she returns to her hometown, she discovers everyone is on edge because a 13-year-old girl disappeared from Lighthouse Lane.

The kicker is that Laura’s best friend disappeared from the same spot 17 years ago. Moreover, things get even more complicated when she discovers that Harry Matthews, her old crush, is the missing girl’s father.

Laura decides to help Harry discover what happened to his daughter and falls deeper in love with him. This small-town romantic mystery novel will keep you wondering until the very last page.

Closing in on the Cowboy 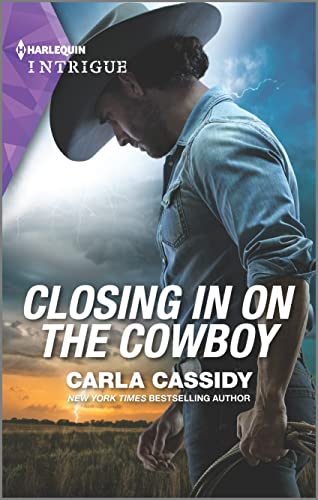 “Closing in on the Cowboy,” by Carla Cassidy, a New York Times bestselling author, combines a murder mystery with a romantic interest. It’s a book you just won’t be able to put down once you start reading it. This is the first of three books in the Kings of Coyote Creek Series, with “Revenge on the Ranch” and “Gunsmoke in the Grassland” following.

This intriguing story focuses on a rancher named Johnny King. Johnny thought he moved on long ago after the love of his life, Chelsea Black, left their little town to pursue her dreams in the big city. However, Johnny is raw and hurting due to the recent murder of his beloved father.

Chelsea returns to the small town, and it immediately makes Johnny wish she’d never left in the first place. Their spark starts to burn brighter than ever, but there is a problem—Chelsea has a mysterious stalker who doesn’t want her back in town. This stalker poses a threat to both their lives and their love. Will they be able to overcome this threat and live happily ever after? 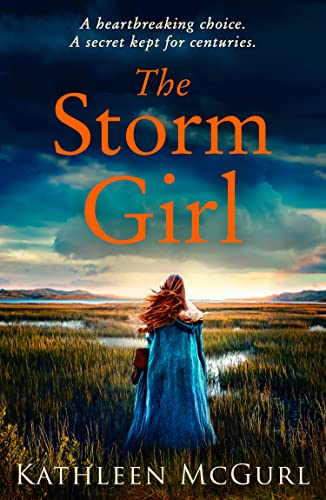 “The Storm Girl” is one of this list’s most exciting and captivating reads. Kathleen McGurl, is a bestselling author, with hits such as “The Girl from Bletchley Park” and “The Forgotten Secret.”

This is a mystery with two timelines. The first takes place in 1784 and focuses on a young lady named Esther Harris. Her father had hurt his back, at which point she took over the role of assisting smugglers and criminals in hiding illegal goods in the secret cellar of their pub.

However, the trader’s ships are trapped in the harbor, which leads to a massive dispute between the harbor masters and smugglers. Esther must choose to r protect her family or follow her love.

In the present day, Millie Galton moves into a small inn that overlooks the harbor in Mudeford with plans to build her dream home. She has just finished divorce proceedings.

Millie discovers many secrets and mysteries hidden behind the fireplace in the house, and yes, it is the same house from the 1784 timeline. It could help lead to information about disappearances all of those years ago. It’s a mystery that needs to be solved while Millie Galton navigates her love life.

The Secret of Bow Lane 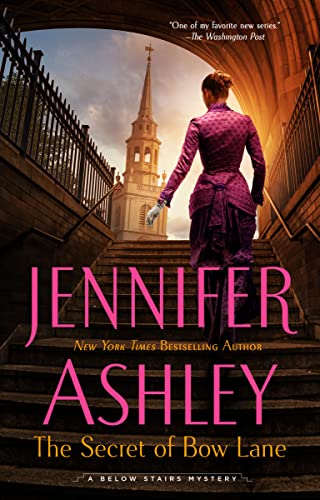 “The Secret of Bow Lane” is the sixth book in the Below Stairs Mystery Series, which has received several awards. In fact, Jennifer Ashley, the author, is a New York Times bestselling author, specifically for one book, “Death at the Crystal Palace.”

This enticing murder mystery focuses on Kat Holloway, a cook, and an amateur sleuth. One day, a stranger comes to her door to inform her that a man has died.

The mysterious person at her door is Charlotte Bristow, and the man who was murdered, Joe Bristow, was the man that Kat was married to twelve years ago. She thought Joe had died at sea, but this was not the case, and he amassed a relatively large fortune over those 12 years. So Charlotte makes a deal with Kat. If Kat can discover who killed Joe, she will get a large portion of the fortune.

So, Kat teams up with her steamy and dreamy confidant, Daniel McAdam, to solve the mystery. However, when Kat starts digging, it becomes apparent that there is much more to this mystery than simple murder and theft. Even Kat is scrutinized by the authorities due to her connection with Joe. Now, she must find the murderer, clear her name, and navigate her increasing interest in Daniel McAdam. 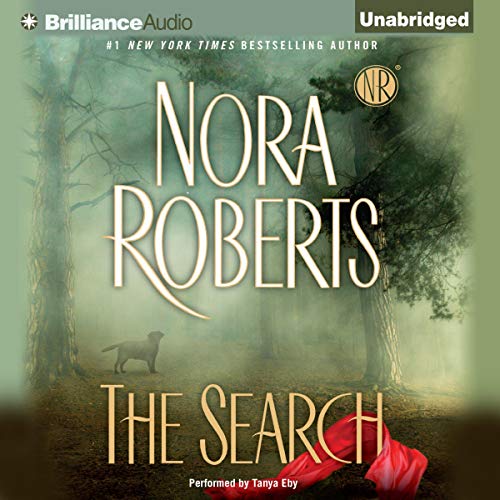 “The Search,” by Nora Roberts, is a No. 1 New York Times Bestseller because it is one of the decade’s most exciting and riveting reads.

Fiona Bristow is a woman who moved to Orcas Island to find peace and solitude after experiencing traumatic events. Her husband and his K-9 partner were shot and killed by a ruthless murderer.

She wants to live alone with her three dogs in a private location. At the same time, she owns a dog training school and is a volunteer at a canine search and rescue center.

One day, a wood artist named Simon Doyle comes racing up her driveway with an out-of-control puppy that seems untrainable. Simon claims to be seeking her help to train the puppy, and as the book progresses, Simon starts to fall for Fiona.

However, her past is not done with her, as a copycat killer has emerged. Someone is murdering people near her house, and it appears to be the same murderer who killed her husband all those years ago.

We don’t know exactly who this man is or where his bloodlust comes from. However, he does seem to have one clear motive, to get the woman back that escaped him. So now, Fiona must carefully navigate her love life with Simon while keeping him safe and simultaneously solving the case of the copycat killer. This is an audiobook, although there are paper copies available.

If you want to read a good mystery romance book, any of the nine discussed above are great. They’re full of love, romance, murder, and so much mystery that it will make the hairs on your neck stand on end.