Teen romance books are always recommended if you want a romance novel but don’t want anything too serious or heavy. Since there are so many to choose from, we have compiled a selection of the 13 best teen romance books. So let’s look. 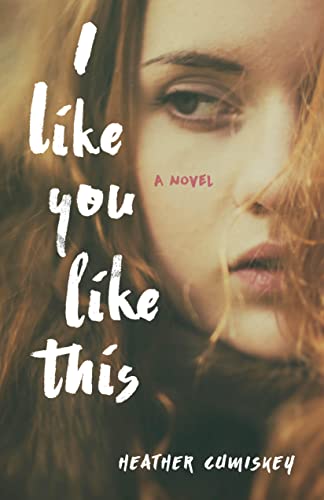 “I Like You Like This,” written by Heather Cumisky, features a 16-year-old girl living in Connecticut in 1984. She has terrible hair, even worse skin, and horrible depression. To help her feel less invisible in high school, she decides to make it her priority to impress a group of popular girls.

She doesn’t impress these snotty girls, but she does manage to get the attention of Deacon, a mysterious and handsome young man she starts to fall for. However, Deacon is the school’s drug dealer, and Hannah’s life is turned upside down as she travels down a path of danger and seduction.

Then, her relationship with her family starts to fall apart, which forces her to question everything she has chosen to do. This is the first of two books in a series that focuses on the lives of young adults in terms of sexuality, first love, peer pressure, and addiction. 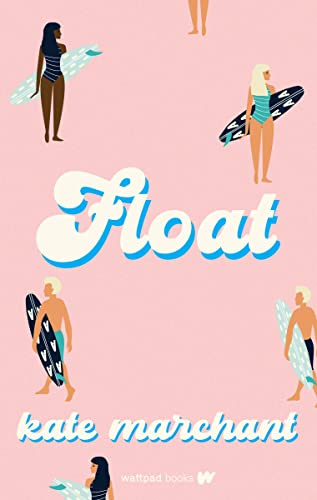 “Float,” by Kate Merchant, focuses on Waverly Lyons, who is caught in a bitter and brutal divorce between her parents. The divorce has gone on for years, and she is sick and tired of it. So finally, it is time to choose which parent she will spend her vacation with.

Instead of staying in Alaska with either parent, she must go to Florida and stay with her aunt. Although it’s nice in the warmth, the beach world is not her forte, as she has spent her whole life in the cold. Even worse—she can’t even swim, something that doesn’t bode well in Florida.

Blake is a hot boy living next to her aunt, and of course, he sets his sights on Waverly. Soon, Waverly has friends, a social life, and feelings for the sexy boy. This teen drama is about teen angst and love; worst of all, Waverly has to go back home to Alaska at the end of the summer and leave Blake.

It Was Always You 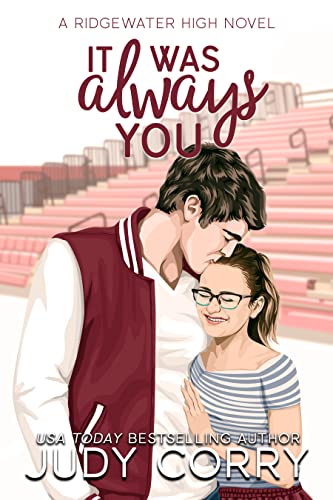 “It Was Always You,” by Judy Cory, focuses on a 16-year-old Lexi Stevens, who has never been on a date, kissed, or even close. To make it worse, she has a huge school crush she humiliates herself in front of. Then, the brother of her crush offers to be her fake boyfriend to make her crush jealous. Lexi doesn’t know if this is the world’s best or dumbest idea.

The fake boyfriend, Noah Taylor, has an abusive stepfather who kicks him out of his house. Noah is forced to sleep in his car but doesn’t want anybody to find out. Of course, Lexi stumbles across him, sleeping in his car, and offers her bedroom closet as a place to sleep. Although it starts off as an innocent gesture, along with being a fake boyfriend and girlfriend, feelings develop, and things get very real.

Keep in mind that this is a standalone novel, so there are no cliffhangers. However, it also contains loveable characters, great chemistry, and passion-filled kisses. 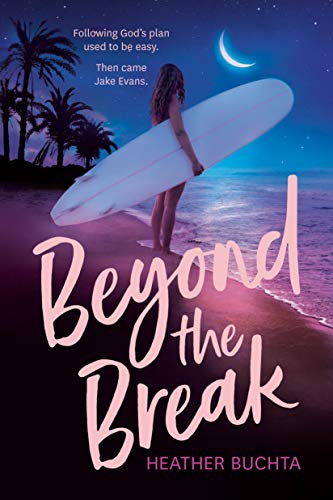 “Beyond the Break,” written by Heather Buchta, is about a young girl, Lovette, from Manhattan Beach. This young woman has two rules in life—first, she will not date any boys, and second, she will never surf because her brother died in a horrible surfing accident.

However, things get complicated when Jake Evans walks into her life. The problem is that Jake is a boy, and two, he is a surfer. But love takes hold, and things happen. What is also interesting is that this book involves a bit of religion, as Lovette always wants to be faithful to God. If you want a humorous, romantic, and light-hearted read, “Beyond the Break” is a book we recommend. 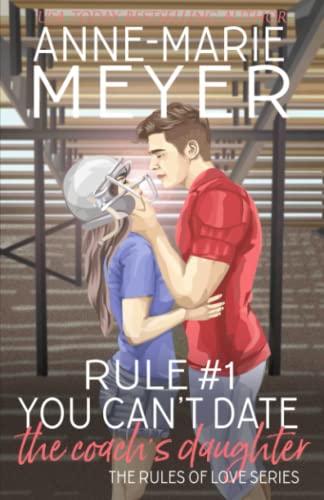 “Rule #1, You Can’t Date the Coach’s Daughter” is a sweet and popular teen book written by Anne-Marie Meyer. It’s about Destiny (Tiny), whose father is the coach of the boy’s football team. Coach Davis, aptly named the Boss, wants to keep his daughter safe from harm, which, in this case, means keeping those pesky boys away from her.

The Boss makes boys from the football team run hundreds of laps until they puke if they get close to flirting with her. That kind of physical pain scares away most of the boys. To make matters worse, he makes her the team’s water girl so he can keep an eye on her, which proves to be a mistake on his part.

Tiny spends her time at football practice and games dreaming about one of the starting players, Tyson Blake, a 6’2” toned and great-smelling young man who makes the angels sing when he smiles. Will Coach Davis be able to keep the two apart, or is there trouble brewing? 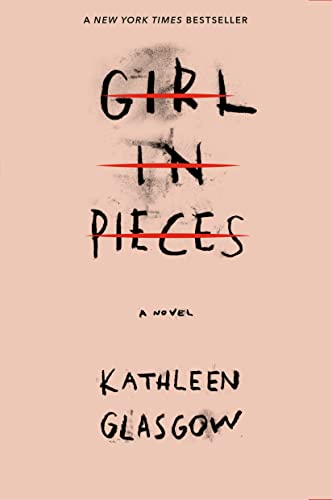 “Girl in Pieces,” by Kathleen Glasgow, is a New York Times bestselling author who focuses on a young girl in distress, Charlotte Davis. She is 17 years old but has already had more deaths in her close family and friend circle than anyone at that age ever should.

Her best friend and father are dead, and her mother isn’t a mother. Unfortunately, Kathleen uses broken glass to cut herself, and her heart gets harder and more closed off with each new scar she creates.

However, with great effort and time, she begins to pick up the pieces of her broken life and become whole again.

Admittedly, this story is less about romance than a broken girl trying to put herself back together. However, this book is so inspiring and heartfelt we had to recommend it. Just keep in mind that this book comes in at just under 450 pages, so it’s a bit of a lengthy read. 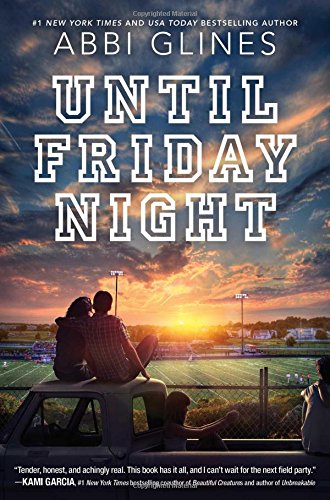 This gripping and exciting book is by Abbi Glines, a USA Today bestselling author. The story is set in a small southern town where football, pickup trucks, and crazy parties rule.

West Ashby is a popular, cocky, and good-looking guy who also happens to be a star football player that led his high school to the state championships. However, West is in a bad place, watching his father suffer from terminal cancer.

Maggie Carleton is a sweet young woman who suffered two significant losses—her mother was murdered by none other than her father. She told the police what happened on that fateful day and never spoke again.

West had never spoken about his father’s condition but badly wanted to share his pain. So, he opens up to the one person he never expects to tell a soul, the girl who doesn’t speak. However, he never expects her to verbally reply, and everything goes from there.

The Summer I Fell for My Best Friend 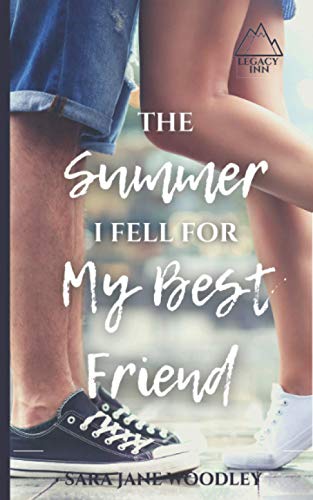 “The Summer I Fell for My Best Friend” was written by Sara Jane Woodley, and it’s about a young woman who wanted nothing more than to spend the summer before her senior year tanning and relaxing on the sun-soaked beaches of Portugal.

However, her parents aren’t entirely on the same page, and instead, they make her spend her summer in the mountains working at the family hotel. She is devastated until she meets Noah Sawyer, a gorgeous, mysterious, and tall young man, the so-called heartthrob of the local high school. She had already met and fallen for him three years before and wanted nothing more than to kiss him.

So now, she has a chance, and she will take it. This is an excellent read if you like exciting dates, steamy kisses, and intelligent women. Remember that this is a standalone book, so you won’t be dealing with cliffhangers.

The Summer of Broken Rules 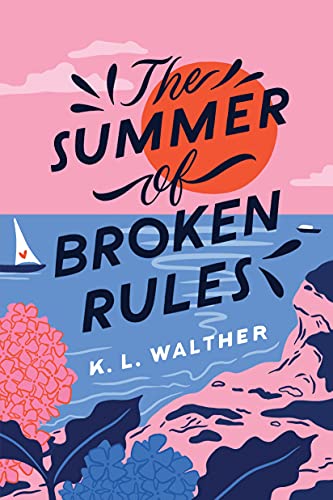 “The Summer of Broken Rules” was written by K.L Walther, and it focuses on a young girl named Meredith Fox. Meredith had a sister who died 18 months ago and shut out everyone in her life. She was a total shut-in, but when Meredith’s family got together for a summer wedding and played their annual game of assassin, she decided to return to the world of the living.

In the game, Meredith and one of the groomsmen form an alliance, and now she risks losing the game and her heart. Meredith expected to reconnect with her family after years of not talking to anybody, but now she seems to have found so much more.

This s feel-good story has a happy ending, doesn’t have a cliffhanger, and is the perfect read for anyone who wants to shed a tear. However, keep in mind that this is a rather long read, at nearly 400 pages.

The Summer I Turned Pretty 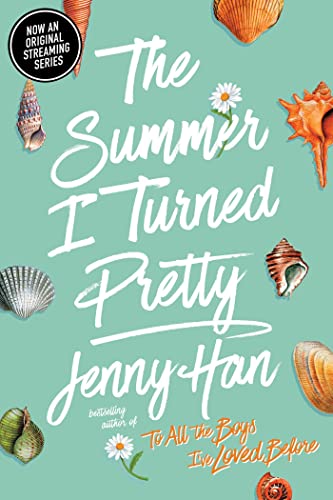 “The Summer I Turned Pretty,” by Jenny Han is the New York Times bestselling author of “To All the Boys I’ve Loved Before,” the first riveting installment in the series. This installment focuses on Belly, a young woman who loves summertime. During wintertime, she counts the minutes and waits for summer to return.

The Upside of Falling 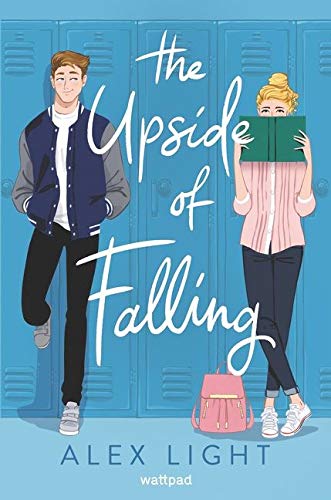 This fun and flirty teen romance novel by Alex Light is the story of a sham relationship that leads to real feelings. Becca Hart, a 17-year-old girl, hasn’t believed in love for years. She has a best friend who always teases her for not having a boyfriend, so Becca decides to lie and say that she has a secret boyfriend that no one knows about.

Bret Wells is the most popular boy in school and the captain of the football team, a boy who also looks the part. But, although he is popular, he’s been so busy with school and football and hasn’t had time for romance until he overhears Becca lying about her secret boyfriend.

Out of the kindness of his heart, to get Becca’s friend off her back, he pretends to be the secret boyfriend, and in doing so, also gets people to back off of him for never having a deep and long-lasting relationship. So they pretend to be a couple in the eye of the public, but of course, feelings start to develop, and things take off.

If He Had Been with Me 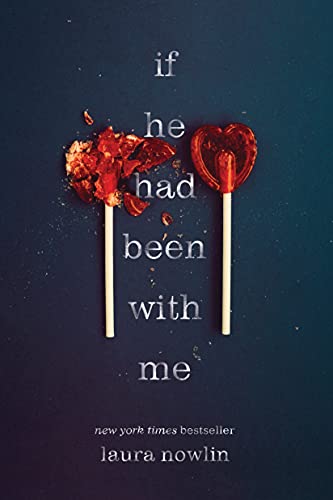 “If He Had Been With Me,” written by Laura Nowlin, is a New York Times bestseller. It is a binge-worthy YA romance novel full of love, regret, and the impact relationships have on young people’s lives.

Autumn and Finn used to be inseparable, but things changed, and now they stay away from each other. Finn is the popular kid at school that everyone wants to know, and Autumn has her boyfriend, Jamie.

However, when Autumn and Finn see each other, old feelings resurface, and Autumn must try to overcome her feelings. This is a great one for those who like sad books about heartbreak. 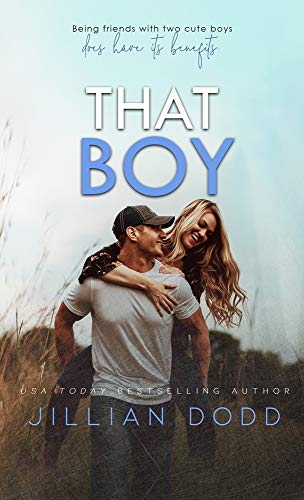 “That Boy,” written by Jillian Dodd, focuses on Danny, a golden-haired and blue-eyed boy with everything. He looks great with or without his football uniform and is quite a star. He is that boy in school all the girls like—the quarterback everyone wants. He’s the boy everyone wants to have adventures with, the one everyone loves but wants to fight with.

Then, there’s Phillip, a dark-haired and brown-eyed boy everyone also wants. Phillip is the boy who can read your mind; he’s the one you talk to at night and think about in the morning. So, which of these two boys will she choose? This is a simple romantic conflict, a girl who has to choose between the dreamy boy and the boy of her dreams. Who will she choose?

There are hundreds of teen romance books, and while many may seem similar, they all have unique aspects and intricacies. So, these books are highly recommended if you’re looking for an innocent and fun romance that comes to you through young lovers’ eyes.