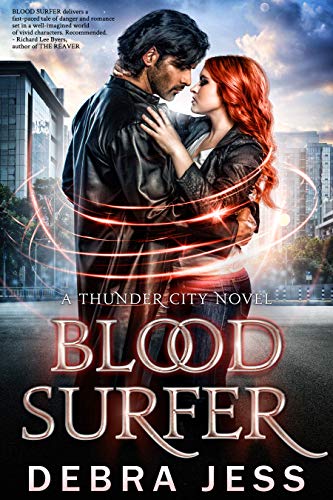 Their destiny is written in blood.

Hannah Quinn believed she could live a normal life despite her ability to heal people. When her mother murders her stepfather to ensure Hannah continues to do her bidding, Hannah runs away from her exclusive academy into the heart of Star Haven, a city where police arrest supers if not outright murder them. She vows to do whatever it takes to cross Mystic Bay to Thunder City, a superhero sanctuary city.

Police Officer Scott Grey moved to Star Haven from Thunder City after a lifetime of barely surviving his super powered family. He uses his insider knowledge of supers to arrest, and sometimes kill, them.

After Hannah heals Scott’s broken body during a police raid, she accidentally triggers his dormant ability of translocation. Now they’re both on the run. Despite the threat to their lives, Hannah finds herself falling for the one hardened man she can’t trust ⎯ and Scott falls for the mysterious young woman who destroyed his life.

With love and mistrust at war in a city where betrayal can earn your freedom, will Hannah and Scott’s tenuous bond be enough to save them?