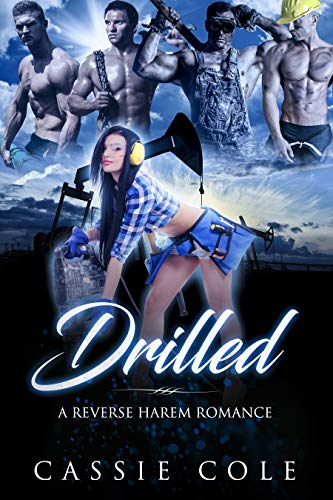 It was pushing midnight at the bar, and I was looking to make a mistake. Then he walked in.

Lexa Lewis turns to a one-night stand to blow off some steam after losing her job. Casimiro is the perfect man for the task: tall, handsome, and smiling like he knows exactly what Lexa’s thinking. By the time she follows him to the bathroom neither of them need to say a word to know what the other wants.

If only the affair ended there.

Never expecting to see him again, Lexa is shocked when Casimiro and his team of safety auditors show up at Blackrock Energy, the site of her new job. And when her boss suggests they rent the spare rooms in Lexa’s house, she has no choice but to agree rather than admit what had happened with the burly contractor. Now she has to resist the temptation of having four muscled, charming men walking around her condo.

But Casimiro and the others—Kai Mendelssohn, Tex Matthews, and Jason Padmore—aren’t just at Blackrock for a routine safety audit. They have other motives surrounding the huge drilling company, and it means not getting involved with anyone working there. Yet Casimiro can’t stop thinking about Lexa and the way she felt that night at the bar…

As Lexa discovers what their real mission is, she must choose between helping the men with whom she’s falling in love or remaining loyal to her new job. Will she decide which course of action is right, or will she lose both her job and her lovers in the process? 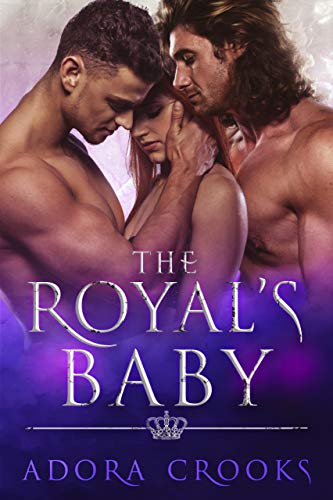 I’m pregnant. And my baby has two daddies…

I was no one, until I stumbled into the arms of not one, but two beautiful British men:

Prince Roland. The blonde-haired, blue-eyed, drop-dead-gorgeous prince of England. Cocky, brilliant, with the biggest…heart of anyone I’ve ever met.

Ben Tolle. The dark-eyed, brooding former-soldier turned bodyguard. They say the quiet ones are always the kinkiest, and his hands are powerful instruments that make me weak in the knees.

They love me and each other—and I love them. Now I’m pregnant and I don’t know how to break the news. Worse, there are people who hate our unconventional union…people who would do anything to see us torn apart.

The world wants me to make a choice. But this American Princess doesn’t roll over. I’m going to fight for my family and the happy ending we deserve. Together. 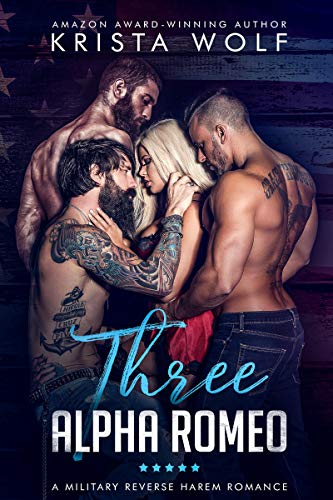 We shared the same grim goal: the destruction of Xander Kyrkos. It was only a matter of time before we shared each other…

Two gorgeous Navy SEALS, with the same grim vendetta. A strapping Army Ranger on a mission of unimaginable vengeance. They saved me from my own destruction. Took me under their wing… and then into their beds, as well.

Now they share me together, mind, body, and soul. As girlfriend. As lover. As the partner who binds them, writhing helplessly beneath their panty-dropping good looks and dripping hot touch.

Holden is the square-jawed leader, strong and beautiful, tormented by an inescapable past. Randall is the pilot – a total loose cannon – sharp-tongued, tattooed, and devilishly handsome. Finally there’s Marcus, the silent giant with a chest and shoulders to die for. An ex-Army Ranger turned dark mercenary, struggling desperately to right his wrongs.

Four damaged people, bound by the same promise of revenge. Coming together after having our lives shattered by three horrific events… forged by the fires of tragedy and passion, into unstoppable weapons to accomplish our ultimate goal.

Can one girl be this insanely lucky? And can four lost souls pull love – and a sizzling hot reverse harem arrangement – from the dark depths of utter despair? 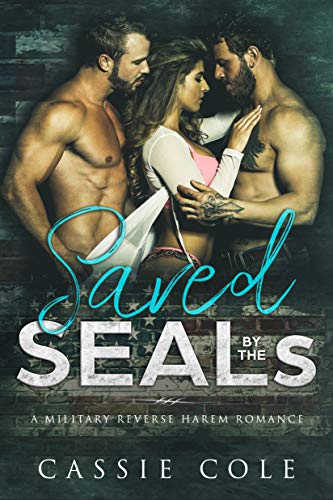 I went to a Barcelona nightclub to celebrate my last week abroad. And the Navy SEALs I met there? They gave me the send-off of my life. Cairo, the olive-skinned and amber-eyed sailor whose muscles make my stomach squirm. Hunter, the chiseled blond beauty with the boy-next-door smile. Logan, their distinguished Lieutenant Commander who has the most experience of the three.

But my three new lovers have some vicious enemies. Catalan terrorists who want to blow up Barcelona. Men who want to kill the SEALs—and me too.

Now my powerful SEALs insist on protecting me. Even if it means keeping me from my own vacation plans. Is their vigorous protection just paranoia? Or will these three alphas do anything to keep their woman safe? 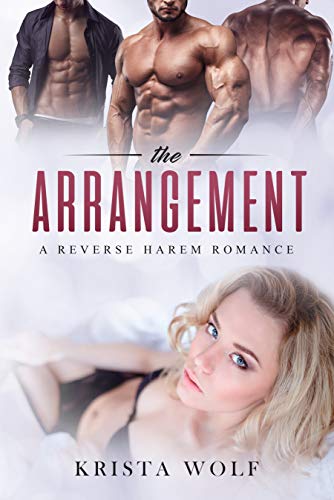 The ad was right there in black and white, sending a flock of butterflies fluttering through my stomach. ‘Three young authors seeking an extremely open-minded female for an exclusive, sinful, and very unorthodox arrangement.’

Only these weren’t any three authors. These were my employers. The same three hot guys I’d been working for as a personal chef, at their secluded Spanish villa.

And they were absolutely gorgeous.

There was Chase, dark-haired and beautiful, with a supermodel’s face and a whole ocean of ripped abdominals I could sink my teeth into.

Nathan was his mirror image, the wavy-blond surfer with a panty-melting smile… not to mention a lithe, impossibly tan body I just wanted to hold against me.

Rounding them out was Burke; tall and brooding. A muscle-bound giant with smarmy good looks and a matching, razor-sharp wit. A total monster… inside the bedroom and out.

Their ad doesn’t even seem real… until it actually is. Until I’m goaded into answering it, unable to bear the thought of another female just wandering in and being this insanely lucky.

Three of them… one of me. Sharing me. Possessing me. The guys are just too hot, too perfect.