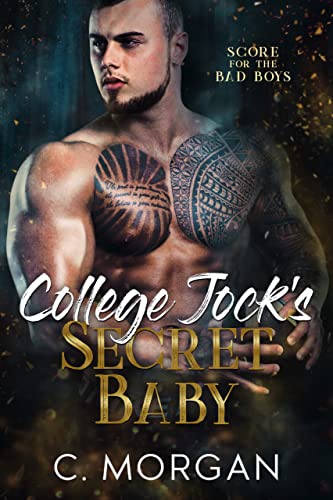 He’s the big man on campus—in more than one way. The pressure is real, seeing that his father was basically college jock royalty. And he plays the part of being an absolute alpha-hole. But underneath that jock-like exterior and thick muscle is someone I could see myself with. At least for the night.Homecoming week, I get my chance. Everyone warned me to stay away from this handsome hunk, but I’m taking my chances. Unfortunately for me, I end up with a secret surprise. His baby. No way in hell I’m telling the college hottie the truth. It might ruin his future playing football. Besides, my father never wanted kids. My new love affair probably doesn’t either. But he is persistent and I’m left to do one thing—ghost him.He doesn’t take that lightly and I found out that he’s not just willing to fight for his future, but for ours too.