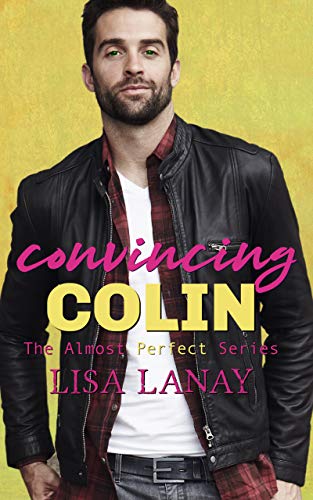 Zoe’s fallen hard for Colin, the handsome detective who came to her rescue last year, with his dreams of a big family and simple life. After Zoe landed in a whole heap of trouble, she decided to turn her life around and make the dashing man of her dreams realize that they are meant to be… even if that means taunting with him dating apps, helping him take down the bad guys with a pair Manolo Blahniks, or simply showing him that she loves him more than her favorite Degas painting.Colin’s dreamed of having a large family like he had as a kid. He’s yet to find a woman who wants the same thing because Zoe, the gorgeous, and well, eccentric, artist that makes his heart race doesn’t count. She claims she’s ready to settle down and start a family but Colin’s not convinced she’s capable of commitment. He’s tried to fight his attraction for Zoe but with an arsenal of exotic tattoos, goofy dogs and friends that are as cunning as the best of cons, there’s only so much one detective can do.Can Zoe and her ban of eclectic friends, including some canine ones, convince Colin that they are meant to be?