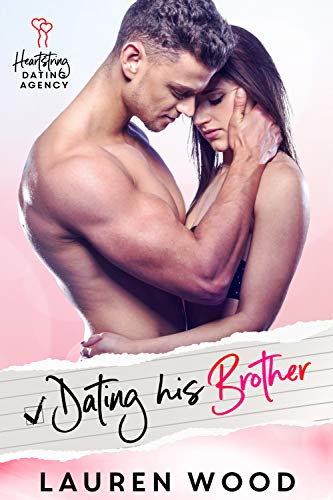 My life is lacking a certain something…Exactly what I’m missing isn’t as clear as my certainty that it is not a man. At least I was certain until I met Dawson Hayes.

My brother Jack is determined to marry me off. As an attractive and famous rich heiress, you’d think that wouldn’t be so hard to do. The problem is I have no interest in getting married.

Then along comes the aloof and sexy artist, Dawson, who is broke and unlike anyone else I know.

All the more reason to avoid him like the plague. For one, Jack forbids me from seeing him. Two, I can’t have him proving my skeptical ideas about love wrong.

Luckily, I’ve got the city’s most eligible bachelors lining up to date me. Even better, one of them turns out to be Dawson’s brother.

When you want to ward off unwanted attention from a guy, dating his brother should do the trick, right?

Not with Dawson. He still insists there’s something between us.

Dawson is determined to prove he is exactly what is missing from my life.

Will I be able to keep my guard up long enough to prove him wrong? Or am I the one who is actually about to be proven wrong?