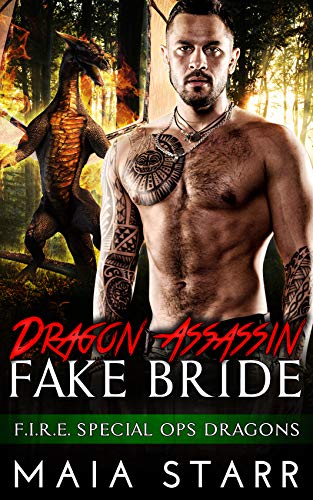 I was wrong. He didn’t save my life. Instead, he put me in more danger than I could’ve imagined.

John is part of the Dragon Special Ops Group. That’s all I knew when I agreed to be his fake wife. I was blinded by his chiseled abs, his hypnotic smile. And I was desperate to get away from my stalking ex. John thinks that I’m his fated mate. He wants to claim me, and I want to let him. Except that I’ve discovered his secrets. I can see the darkness behind his charming persona. He never told me that he’s the Alpha of F.I.R.E. Heck, he didn’t even tell me that I was forbidden to bear children.

It’s too late now. I’ve already broken a rule. Will John save his unborn child…or is death the only consequence for our family?