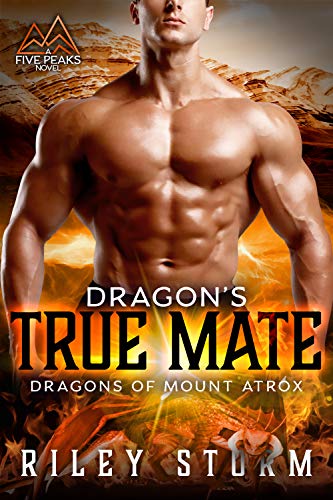 Dragons are real. But what about her feelings for one?

After losing her business, her husband, and her old life, Lilly Vickers is forced to move back in with her parents. She’s not looking for love, but instead is hoping to find a new passion that will provide her with the means to finally move out. A chance encounter with one of the dragon shifters of Five Peaks gives her an idea for a business. What she doesn’t expect, is just what will happen when he shows up again. This time, she can’t ignore the intense chemistry that exists between them.

Trent Atrox is putting on a front. He’s told Lilly he’s at her new shop to help her because he wants to, but the truth isn’t quite that bright and cheery. The real reason he’s there, is because the most recent damage was his fault and he’s been ordered to help fix it. What he didn’t plan for, was that he would fall for her. Now he’s stuck in a lie, and he doesn’t know how to get out of it. Not without Lilly seeing him for who he really is…

Even with the pair of them working to fix the damage, they’re facing an uphill battle. Not everyone who has come to Five Peaks in the wake of the dragons going public with their existence are fans. A small but growing group is becoming more outspoken, denouncing anything to do with dragons, including shops like Lilly’s. Though she sells nothing but dragon trinkets and memorabilia, they want to bring her down. Can this pair of self-professed screw-ups manage to repair her shop and themselves, while not destroying their budding relationship? Or will the dragons’ enemies succeed in stopping them both?