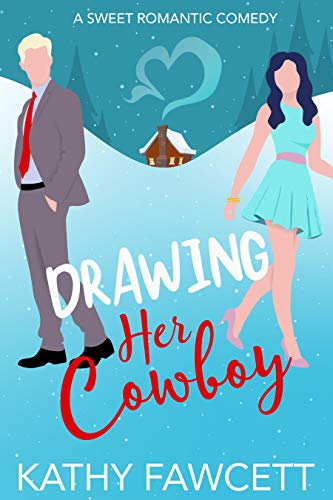 Pike West is Hiding Secrets in an Abandoned Barn. Now a Runaway Heiress Wants to Uncover the Truth.

Pike West is expected to work the family ranch like a dutiful son, but he has a secret passion – one that doesn’t involve pitching hay or mucking out horse stalls. But when a pair of doe-brown eyes catch his attention across a crowded room, they seem to pierce his heart and lay his hidden passions bare. Pike swears he’s seen those beautiful eyes before, and retreats to find answers in the barn his great-great grandfather built. He has no idea he was followed until he lifts a half-frozen woman off his doorstep and into his life.

Beautiful and rich, Paislee seems to have a perfect life – but she feels like she’s losing herself in the smothering grip of her controlling fiancée. So when her grandmother suggests a road trip to unravel a family mystery, she jumps at the chance. She is determined to find answers, and finds more than she bargained for when she follows Pike to the old settler’s barn. Trapped by a blizzard, Paislee is soon wearing a prairie dress and dining by candlelight with the cowboy who caught her imagination. Will he catch her heart, too?