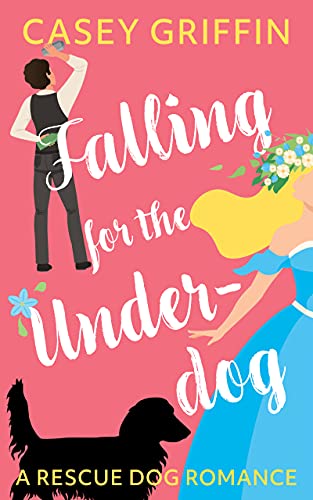 She dreams of Prince Charming. He’s seriously rough around the edges. Can they collar a dognapper and steal each other’s hearts? Addison Turner has her entire fairytale life planned out. But just as the dachshund lover is about to hit it big with her doggie grooming and fashion line, thieves snatch her valuable four-legged clients right from under her nose. And to her disgust, the only one who knows the show scene enough to help is the infuriatingly hot bartender who turns her down cold. Cocktail-slinger extraordinaire Felix Vaughn longs to open his own bar. So when he gets a gig at a high-society tail-wagging event, he thinks his gravy train has arrived and isn’t about to involve himself with a suspected thief. But when more pooches get pinched and he’s fingered for the crime, he reluctantly teams up with the fluffy prima donna to find the pups and split the reward. With her reputation on the line, Addison doggedly follows the clues, afraid she’s falling for a mutt. And as their chemistry reaches a boiling point, Felix reveals exactly how much of his heart he stands to lose… Will they both end up in the doghouse, or will their love win Best in Show?