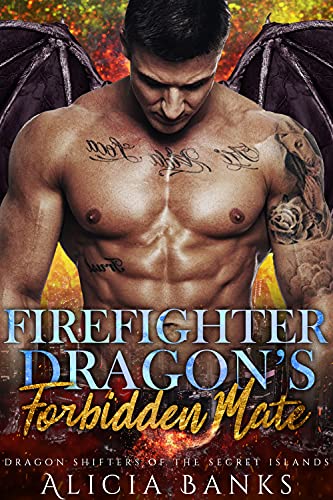 Tiger shifter. Perfectly happy with the single life and helping with her sister’s kids – until they’re kidnapped on her watch by a man looking for her mate. That she doesn’t have. In order to get the kids back, she has to find him. When she herself gets kidnapped, she finds herself caught up in a boat explosion. But she manages to get to shore. And finds help in a sexy dragon shifter.

Dragon shifter, comfortable with his bachelor lifestyle, living the loner life in his cabin when there’s no fire to fight. Until a woman turns up on the beach by his house. He takes her in to nurse her back to health. But in her delirium, she kisses him. He figures out that she’s his mate.

But she’s a tiger. And she’s forbidden to him.