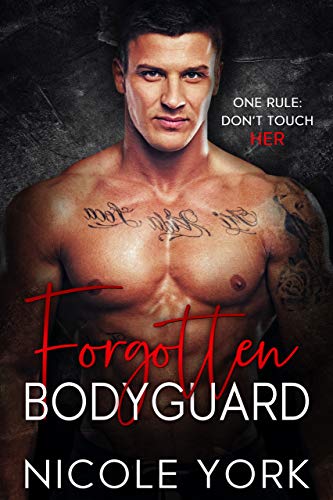 One rule—don’t touch the assets.

Tell that to the saucy young woman I’m guarding. She’s in my face, crazy one minute and begging me for attention the next.

Her father’s status and popularity in his run for President of the United States has him worried about his only little girl. And that “girl” isn’t too thrilled with having a shadow, especially one she’s not supposed to touch either.

But my background and the crappy start in life I got helps me more than most in watching out for the bad guys. I used to be one.

Things heat up fast when we’re pushed into a maze of confusion. Things aren’t at all what they seem, and I’m not even sure the Senator’s little girl is, in fact, his.

Time to back off and catch my breath because unfortunately I’m falling for this one, and she’s way out of my league. It’s only when her life is in danger that I realize backing off isn’t an option.

She’s mine, and her pretty little body is mine to protect, no matter what. There’s just one rule. Don’t touch the asset.

Hard to obey when she wants these hands all over her.