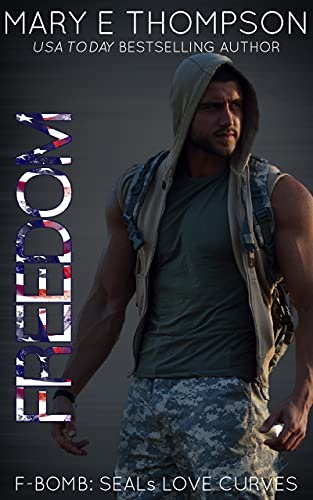 Badass. Kickass. Sometimes just ass. All words that define former SEAL, Archer Ford. Former because an error he made sent his friend and teammate home to his pregnant wife in a body bag. Lily Scott doesn’t know her best friend’s estranged brother. He’s always been a mystery to her. But when her best friend disappears, she has no choice but to call Archer for help. Archer can barely trust his instincts let alone his desire for the beautiful, curvy woman he finds in his brother’s bed. She assures him they’re just friends, but he doesn’t know how anyone could resist her. Archer definitely isn’t strong enough. The rest of his team shows up to help search for Archer’s brother and everyone becomes a suspect, including Lily. Trust is questioned and broken. And freedom is guaranteed to no one.