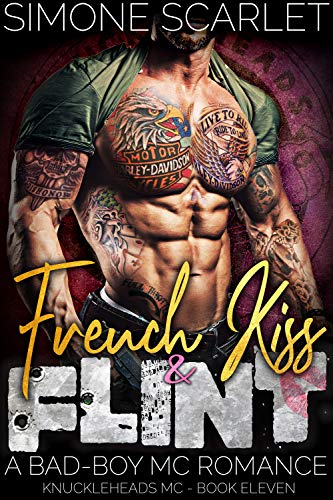 Flint Frasier used to be able to melt my panties with just a smile, but the towering, tattooed biker boss hasn’t smiled in a while now – not since shadowy gunmen murdered our friend right in front of us.

It’s like part of Flint was murdered with him – leaving nothing but a cold, empty shell with an unquenchable thirst for revenge. Now, Flint’s balanced on a knife-edge – and I’m scared he’ll take the Knuckleheads Motorcycle Club down with him if he falls.

To make matters more complicated, the harder Flint pushes me away, the more he pushes me into the arms of his best friend – the big, bearded biker known as Horse (because apparently, he’s hung like one!)

So desperate, in fact, that on one fateful, whiskey-fueled night, all three of us tumbled into bed together – and I discovered first hand that Horse lived up to his name!

But now the lines have been blurred and my loyalty is being tested. I’ve been left wondering whether to follow my heart, or my legacy.

I’m the daughter of the club’s co-founder. I’m Flint Frasier’s ride-or-die. I’m supposed to keep the Knuckleheads together…

…but how can I do so when I’m falling apart myself?