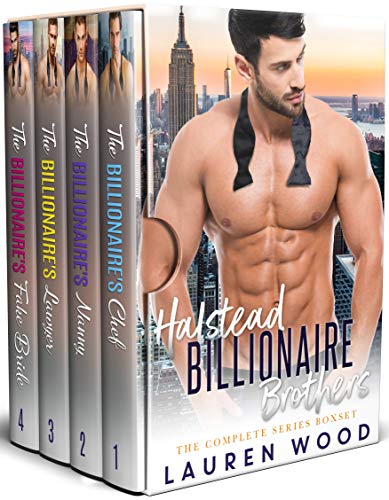 With a teasing smile, deep voice, expensive suit and perfectly chiseled abs. It’s enough to melt your soul. Halstead Billionaire Brothers will make your brains go out the window.

After everything I’d been through, the last thing I needed was to fall for another man…Especially when that man just hired me as his nanny.

If temptation had a name, it would be Eric Halstead. Powerful, sexy-as-hell billionaire and my romantic nemesis. He’s the one man responsible for the worst date of my life, and the only person that stands between me and my dream job.

They say you shouldn’t fake it…But with half a million dollars on the line, I’d do just about anything to fix my possible eviction and empty bank account. Even if that means marrying billionaire playboy Jesse Halstead.