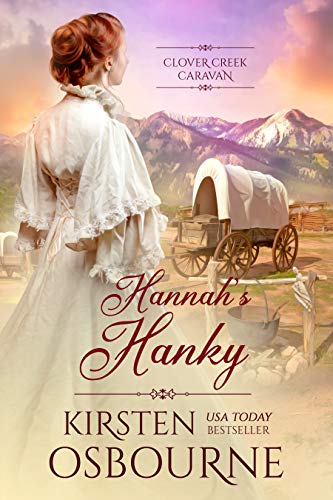 She’s forced into marriage. He’s about to brave the West. Will their unlikely pairing keep the trail of love alive?Independence, Missouri, 1852. Her father’s tragic death set Hannah Moseby emotionally adrift. And after her mother remarries, her new stepfather makes no secret of his disdain for her. And he soon delivers a shocking ultimatum: Marry a religious man heading west… or face the world alone. Preacher Jedediah Scott always felt the guiding hand of God. So after a stranger offers his stepdaughter in holy matrimony, he’s certain that the Lord’s wisdom must be at work. And when he finally encounters the sweet young lady, he’s drawn to her the second their gaze meets.Despite her new husband’s kindness, Hannah fears she’s not cut out to be a preacher’s wife once they’re facing the hardships of the Oregon Trail. And as Jedediah falls hard for his Heaven-sent bride, he prays that she will learn to love him as well.Will they survive the perils of the untamed West and embrace their newfound bond?