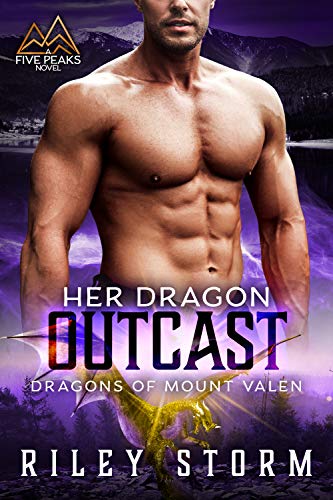 When nobody is who they appear to be, who can she trust?

Harper Cahill has spent every year since graduation pursuing her career goal. She’s sacrificed friends, family and lovers to get there, but an unexpected brush with a gorgeous stranger might just bring those dreams crashing down. As head of Public Relations for a government agency, she should know everything that’s going on. What she hears from the mysterious man however, ignites a burning for the truth…and a desire to feel his lips upon hers just one more time.

All Damien Valen wanted to do was get past the blockade set up around his hometown. He never expected to fall for the driver sneaking him through, but since the moment he locked eyes with her, his dragon hasn’t ceased bellowing in triumph. He’s found her. After so many years of searching, he’s finally found his mate in the one place he’d all but abandoned. There’s just one problem. She works for the enemy.

Once on the inside of the blockade, Damien had planned to unite his kin and end the Agency’s grip on the town where he was born. However, the dragon shifter finds that he’s too late, they’ve already left. The only person he knows on the inside, is Harper. Caught up in the web of lies and deception spread by the agency, Harper isn’t sure who to trust anymore. Her employer is all she knows, but her heart is calling out for Damien, the supposed bad guy. Can she untangle everything and learn how to open her heart again, before it’s too late? Because the Agency’s wicked director has just gotten involved, and the unlikely duo might not survive the coming storm alone…