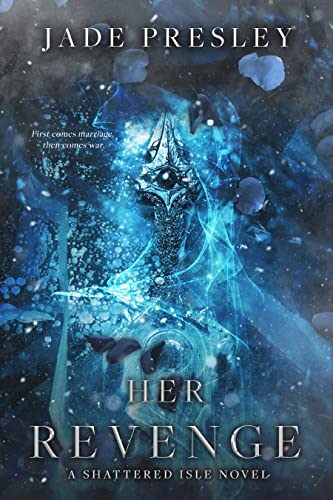 First comes marriage, then comes war. Cari’s father—king of the Shattered Isle—escaped her clutches in the All Plane, but she’ll stop at nothing to stop his reign of terror. With the help of her four new husbands—the kings of the All Plane—they set off to stop her father once and for all. But he’s not retreating to the safety of her beloved isle. He isn’t hiding behind his place walls. He’s taking his revenge out on the innocent elemental realms, and the people start to question the All Plane’s ability to protect them. When he threatens someone she loves, Cari realizes just how much she underestimated her father. And in order to save them, she’ll have to become something she never wanted—the ruthless princess her father raised her to be.