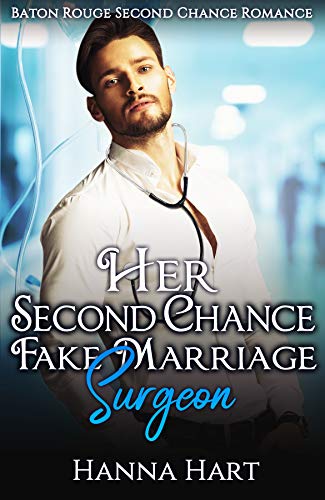 A surgeon reunites with his former best friend only to discover that she’s pregnant and dying from a rare disease. She can’t afford to treat it…will a fake marriage solve their problems? Can he save her her life and steal her heart at the same time?

Pregnant and heartbroken Gemma Paxton had no choice but to return home to Baton Rouge after finding out that the father of her child secretly moved in with another woman.

With a deceased mother and a workaholic father in law enforcement, Gemma’s only source of support during her pregnancy is her aunt, uncle, and cousin – that is, until she reunites with her former best friend, Liam Miller.

Dr. Miller is a surgeon at a well-respected hospital in Baton Rouge and had just agreed to join the cast for a medical television show. This would have given him a $5 million-dollar signing bonus, but his contract stipulates that he must be married before receiving the money. Having lost his wife to a rare illness six months earlier, Liam is devastated and feels like his life is falling apart. When Gemma runs into him while getting tested for her migraine headaches, the two rekindle their old friendship.

Gemma finds out she has a rare but operable brain tumor and only has a few months to live. Without the money to pay for her surgery, she stands no chance of surviving.  Liam comes up with a plan for a fake marriage that could solve both of their problems. But their chemistry is intense and Gemma knows she could be putting her heart on the line by falling in love with him just as easily now as she did when they were younger only to be left in the dust. Will a fake marriage turn from friends to lovers?

Will Liam be able to save Gemma and her unborn baby on the operating table to get a second chance at love?