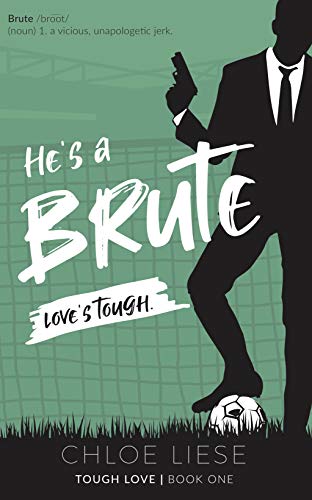 One dark and handsome control-freak sports star meets one smarty pants bioengineer with hair to match her fiery temper. It’s an experiment straight out of sexual thermodynamics.

Every good scientist knows the second law of thermodynamics: the universe’s disorder, entropy, is always increasing. Professionally and personally speaking, Nairne’s familiar with the principle. After a streak of costly fame, now she’s set on saving the world, microscope in hand, and there’s no time for romance. Problem is, when a rude, despicably sexy Adonis shows up to run their board meeting, chemistry and its ensuing chaos become more than a formula—now they’re a burning hot reality.

Mafia prince. Professional footballer. Bad boy demeanor and a reputation for being as talented between the sheets as he is on the pitch. Rumors are the man’s an absolute brute. And he turns out to be just as demanding, controlling and vicious in person as he is on paper. The Law of Attraction’s proven true, as Nairne finds herself accepting Zed’s proposal: rough, wild stress release, more orgasms than she can count, and most importantly—no falling in love.

No attachments. No forever.