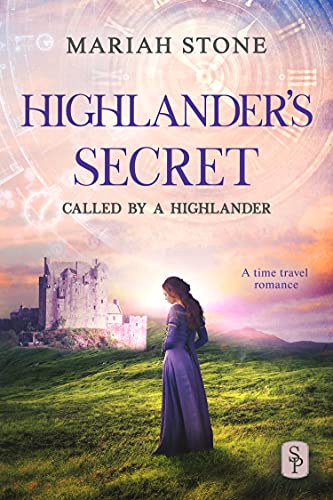 Scotland, 2020. Former Marine and bodyguard Konnor Mitchell is on a whiskey tour through the Highlands. But a woman’s cries for help lead him tumbling down a steep ravine. Before he can get his bearings, a Highland faerie pitches him back in time to 1308. Wounded and confused, Konnor is confronted by a breathtaking woman brandishing a sword.Scotland, 1308. Entrusted with holding her clan’s castle while her kin fights for King Robert the Bruce, Marjorie Cambel discovers a secret plot to attack her stronghold and kidnap her son. She swore never to let another man victimize her. But when she sees a wounded stranger at the bottom of a ravine, she helps him. Despite her attraction to Konnor, she’s not sure she can trust him.As Konnor’s feelings for the mesmerizing warrior grow, the horrors of his childhood remind him he can never be the husband Marjorie deserves or the father her son needs. And while Marjorie’s heart lifts at the war veteran’s courage, she struggles with the memories of her own violent past. Can two wounded souls forge an alliance that leads to lasting love and win the battle of their lives?