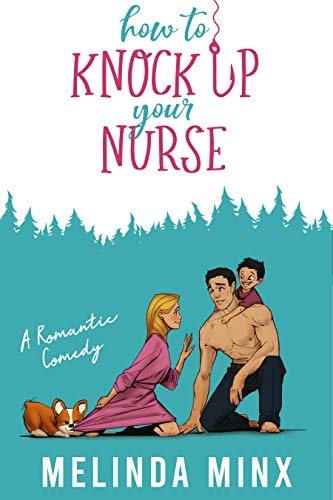 It all started with a fishing hook in my nipple. And no, it wasn’t anything kinky. I’m just very bad at fishing.

Emily was my nurse. She unhooked me, then we hooked up. She was the best I’d ever had, but sometimes you have to throw back the perfect catch. Because she was going off to Alaska to become a doctor, and not even my billions of dollars could change her mind.

I didn’t know how badly I wanted her until she was gone, and then it was too late. I knew she’d forever be the one who got away.

But fast forward four years and nine months, and Emily came back. Apparently fate wasn’t done with the two of us—well, now it was the three of us.

I’d never thought of myself as dad material, but after spending one afternoon with my kid, I knew I needed to be a father to my son…except Emily still thought I was a playboy who wasn’t fit for the job.

I may have knocked up the nurse, but now it’s time to wife the hell out of the doctor.