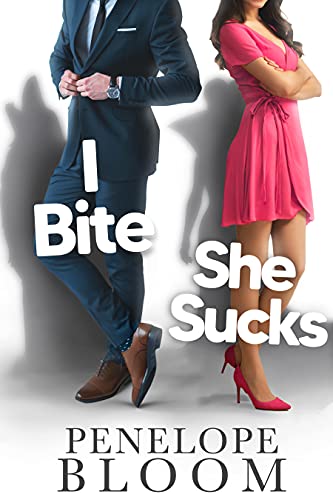 I threw a paper airplane love note from my window. First mistake.

I aimed it at a gorgeous stranger and put my address on it. Second mistake. Yep. You guessed it. I missed and hit a werewolf instead. Best thing that ever happened to me?

Next thing I knew, a large angrily attractive werewolf man was trying to get in my apartment. I introduced him to my baseball bat and figured that was the end of things.

Because my well-meaning sister became a vampire to cure my immune disorder. Long story. In the process, she got a deadly team of fang bangers to hunt us for breaking their rules. Longer story. A+ for good intentions and a D- for execution, if you ask me.

Re-enter Mr. Grumpy and Growly werewolf. He’s going to be my bodyguard slash kidnapper, whether I like it or not. Apparently, he’s the only thing standing between me and certain death. Swoon, right?

Of course he hates all things vampire. A.K.A. he will take me from undead to dead-dead if he figures out what I’m becoming.

Thankfully, he has completely underestimated my ability to woo him with my adorable innocence, cheery disposition, and extreme powers of modesty.

As long as the feelings stay one-sided, I’ll be fine. Because giving your heart to a guy who is probably going to try to murder you is a recipe for disaster. And come on. When was the last time I made a catastrophic, life-threatening mistake?