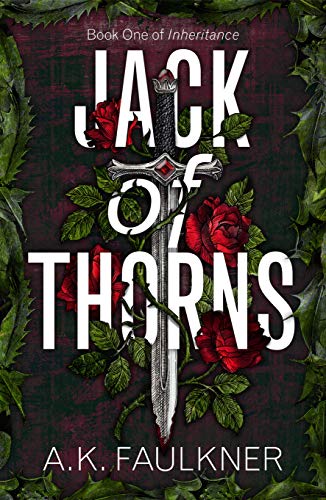 Laurence Riley might be able to see the future, but he can’t see a way to fix his messed-up life. He can’t control anything—not his supernatural talents, not his drug addiction, and not his violent ex-boyfriend. Laurence needs help and he knows it. A lifelong pagan, he turns to his god… and he gets Jack. Jack can help Laurence tame his powers and take control of his life. But it comes at a price: Laurence will need to keep him fed with regular offerings of sex. For the old Laurence, that would’ve been a pleasure. Problem is, Laurence has met Quentin.

Quentin is devastatingly handsome, way out of Laurence’s league (like British nobility levels of out-of-his-league), and unbearably chaste. If that weren’t enough to keep Laurence away, Quentin’s wild telekinesis is even more uncontrollable than Laurence’s precognition. But Laurence doesn’t want anyone else, and Jack is getting hungry.

Then Laurence foresees a glimpse of Jack’s true plan. It will leave a trail of death across San Diego–and Laurence has been helping him do it. The past has taught him that the future can’t be changed.

But if Laurence and Quentin can’t stop Jack, there won’t be any future at all.