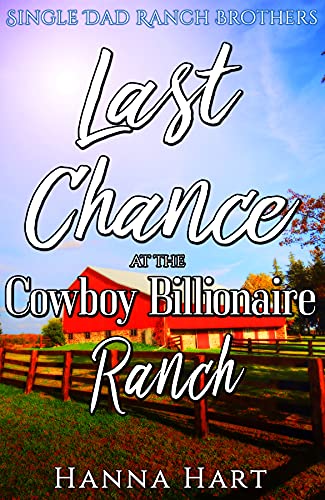 Single dad Dallas Dell has been asked to take over a ranch in Sunset Falls, Texas. Cowgirl billionaire Maxine Forrester is going to be the one training him. The big surprise? The two of them are old best friends.The ranch in Texas belongs to one of Maxine’s brothers, Cooper. Cowboy billionaire Dallas is new to the life but he’s a fast learner. Meanwhile, Maxine bonds with his son and she realizes that she wants more from him than just a working relationship.Their friendship led to a heartbreak that neither of them moved on from. But their feelings have grown stronger despite their history of hurting each other. The only way for them to be together is to hide their relationship from her siblings. Her brother would be furious if he found out.Maxine’s reputation is on the line, and so is Dallas’ business. Besides, neither of them would risk getting their hearts broken again… or would they?Note: This is a standalone story.