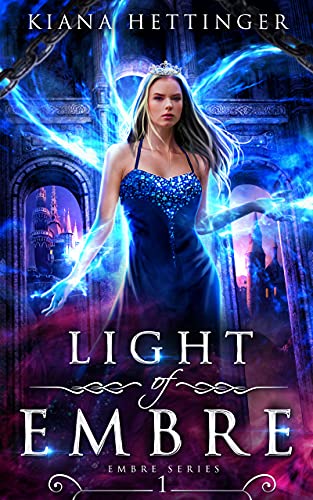 One spark is all it takes.

When Princess Sarel is promised to Prince Dran, she knows better than to expect a love match. But when the kind, gentle heir to the Opian throne steals her heart, she vows to unite their kingdoms under the eyes of the gods.

While on voyage to the new land, her caravan is overtaken by thieves and she is held for ransom. Her only hope for survival comes when Dran dares to escape and find help, leaving her alone with just her palace guard, Renar.

A lifelong friend and protector, Renar stays close to his princess. So close that strange things begin to happen. Magical things that should not be possible.

Could Sarel be mated to the wrong man? Will they die at the hands of the Zaxa bandits? Will their forbidden love start a war between allied kingdoms?