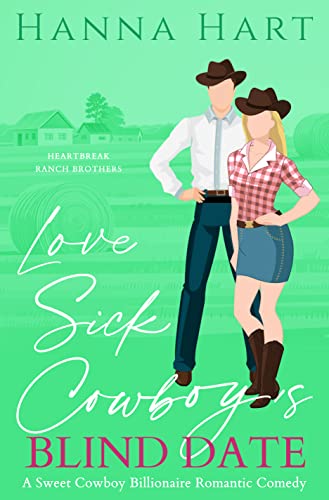 My best friend’s plan backfired on him… He wanted me to start dating. Little did he know that I would fall for his little sister. But I’m getting ahead of myself. It’s tricky for a cowboy billionaire who lost his wife To be on a dating app. So, I did what any smart man in my position would do. I used a fake name. And then I fell for a real woman. Well, real enough…. Since I hadn’t met her in real life. Speaking of real life. My best friend’s sister had started helping me with my ranch. The same sister who was heartbroken after being cheated on. My chemistry with her was as fiery as the one I was enjoying online. I was torn. I was confused. And I was also heavily mistaken.I was her boss, her brother’s best friend and broken hearted. What was I thinking? Clearly, I wasn’t… And because of that…. I went from feeling I liked two women, to knowing that I might not even end up with one.