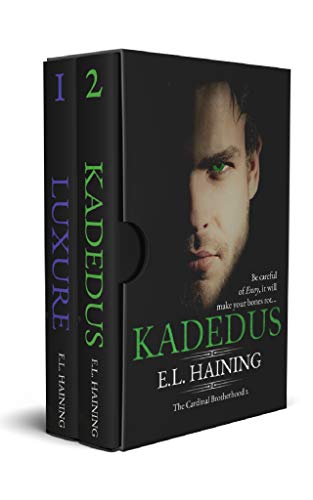 The Cardinal Brotherhood has been dormant for a thousand years—the seven deadly sins in physical form. Once the strongest demons in the Underworld, their power was weakened when Lucifer ordered the death of Luxure and his mate.

Estranged from The Cardinal Brotherhood, Lux has been roaming the Earth for a thousand years, biding his time until he can avenge the murder of his mate. Once upon a time, he was Lucifer’s second-in-command, and the most revered warrior of the Underworld. Presumed dead, he’s been lying in wait, readying himself for revenge.

Lux is the deadliest of sins, but you know him as Lust.

The day Sirena Sovende crosses his path, her carefully constructed world begins to crumble, uncovering earth-shattering revelations that could threaten not only her life, but the very foundation of mankind.

As the reality of her existence unfolds, Lux begins to question everything he’s ever known, and makes the decision to reunite The Cardinal Brotherhood.