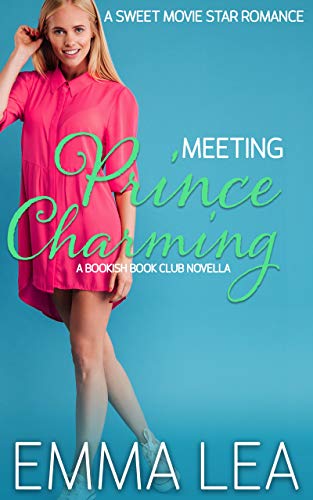 Georgie Danners is a nerd and proud of it. She is also the proud owner of Bookish, a bookshop/cafe in the small Northern Tablelands town of Oxley Crossing. She loves all things books and movies and computer games and has a soft spot in her heart for one of Australia’s greatest exports, Connor Faulkes, aka Prince Charming.

Connor Faulkes, movie star, is happy to spend the next six weeks with his Gran while she recuperates from a fall that resulted in a broken leg. It would give him an opportunity to have some down time before the filming on his next movie starts and he might even be able to squeeze in some rock climbing if he’s really lucky. What he did not expect was to run into, literally run into, a quirky woman who captures his heart with her adorable dorkiness and cute smile.

But can the Prince Charming of the RomCom world really find the girl of his dreams in a shy, socially awkward bookshop owner who would rather live life vicariously through the characters between the pages she reads?

Or is this budding romance destined to be a box office fail?