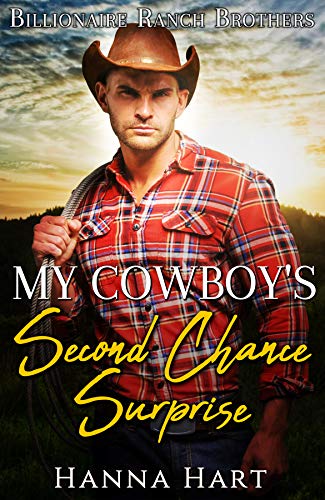 Cowboy Billionaire, Nash Haven, has a storm coming. He can deal with the actual tornado in Texas, but his ex-girlfriend’s secret? Not so much.

Nash has had a terrible year after his wife’s tragic passing. He heard reports of an impending storm and thought it was a good idea to bring his new next door neighbour a care package only to discover a pleasant surprise. The woman living next-door is none other than his former love – the one that got away…

Single mother, Sophia, has just moved to Texas. She had no idea that her ex-boyfriend owned the billion-dollar ranch next door. Seeing Nash Haven at her doorstep has brought back painful memories of their rocky breakup.

It’s also reminded her of what was always inevitable. Her secret was going to come out one day. The secret about her two-year-old daughter. How can Nash forgive her when he finds out that that his own flesh and blood was kept from him? Will the truth destroy their second chance at love? Or will this family live happily ever after?