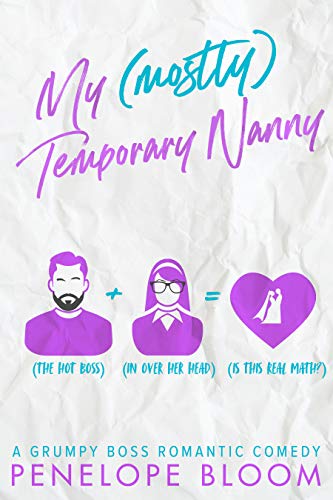 I will not think inappropriate thoughts about the nanny.

She’s just temporary. A momentary blip in my life. Although I have to admit she’s quite attractive, as far as blips go. She’s also the first person my son has ever actually liked, which has to count for something.

New plan: I will not… let myself get too attached to the nanny.

I’ve always been the kind of man to keep my plans flexible. Adaptation is key. Just like I’ve had to adapt to having a beautiful woman waiting for me when I get home every night.

My son deserves better than temporary. And I won’t dangle the prospect of a happy, complete family in front of him when I know the relationship wouldn’t last.

Because beneath the innocent, big doe eyes and the charming awkwardness, the nanny would turn out like the rest. She’d find some reason to leave. They all did.

So I’ll make one final amendment to the plan. Yes, I may think inappropriate thoughts about the nanny. I may get attached to the nanny. But I will not fall for the nanny.

And if I do, I will deny it until my cold, dead heart freezes over.