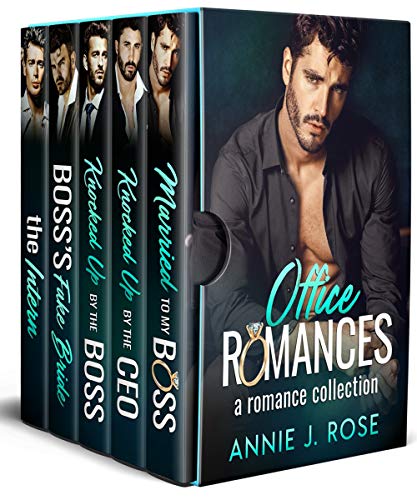 These five hot bosses and their lovely ladies will be sure to keep you warm on the coldest of winter nights. Snuggle up and enjoy a cup of cocoa and these five happily ever afters!

Book One: Married to My Boss

Drew and I were from two different worlds, but for one blissful week in college, we experienced passion only true lovers could feel. Then it ended. Badly. Now six years later, I’m on the other side of the country, and I see him across a crowded room. It’s a fluke, I tell myself. I just imagined it. San Francisco is a big city. I’ll never see him again… Right?

Book Two: Knocked Up by the CEO

Book Three: Knocked Up by the Boss