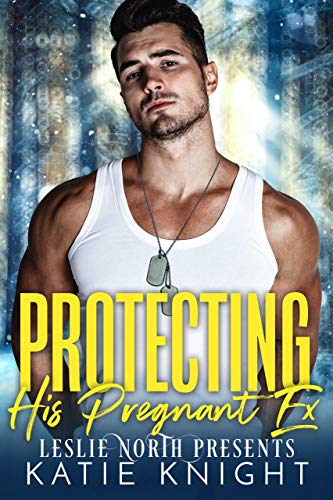 Grieving over the terminal diagnosis for his sister, Navy SEAL Brock Hardy tries to bury his pain in the arms of the only woman he’s ever loved, Monica Ingram. It’s a mistake; the last thing he wants to do is bring his damaged, personal baggage into Monica’s life and hurt her. Things get even more complicated when he returns home for the funeral and a caseworker with a baby shows up at his late sister’s door the same time as Monica. Turns out Brock’s sister was a foster parent, and with a blizzard brewing, the caseworker has nowhere else to leave the baby. Brock has the house, still set up for childcare, and Monica has experience caring for infants, so they team up…just for now. Meanwhile, Monica has her own surprise for him—she’s pregnant.

As Brock and Monica set up house during the storm, an unexplained broken window and snowy footprints outside puts them on edge. Is someone trying to harm the baby?

Monica only wanted to let Brock know she was pregnant, but after volunteering to help the desperate caseworker, she’s now staying in his house, caring for an adorable baby, and feeling things for the sexy SEAL she’d rather not. It’s hard to resist a man as gorgeous and nice as Brock, even if he does try to hide his softer side. Their attraction smolders beneath everything they do, and it doesn’t take much for that spark to turn into a flame. When it’s clear their lives are in danger, Monica’s never been so happy to have a tough Navy SEAL by her side.

But after the storm is over and the danger is gone, will Brock be gone too, running away from commitment like he’s always done before? Or will he finally realize love is the best baggage of all?