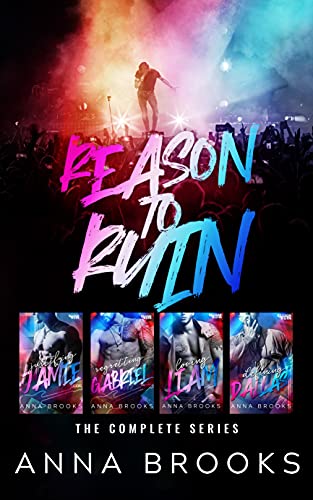 Jaded souls and shattered hearts inspire the best songs, but once the arena empties and the tour bus drives away, the wide open road they once called home becomes a lonely path with no destination.Being a member of one of the world’s most famous rock-n-roll bands makes finding, and keeping, a good woman even harder.From starry eyed first crushes to angsty second chances, fiery accidental encounters to explosive one-night stands, no two love stories are the same, but each one strikes an unbreakable chord that ignites even the loneliest soul.Follow the seductively hot men from Reason to Ruin while they slay the hearts of millions with their unforgettable music, all while trying to write the lyrics to their own love song.This boxed set contains:Justifying JamieRegretting GabrielLoving LiamDefining Dallas