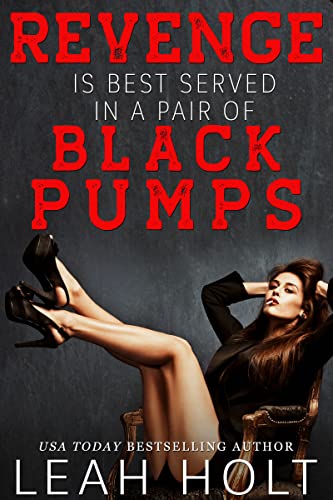 When my mother was diagnosed with cancer, the floor dropped out from beneath my feet. So, I found a solution. A man named Leon. He had a bad reputation. I ignored the warnings because we needed the money. But Leon wasn’t just a bad guy; he was the devil in human skin. He demanded to be repaid, and he decided to take me as that payment. When I woke up in the hospital, I was no longer Dove Harloway. I was a woman with a vendetta. I wanted revenge. The only thing standing in my way was a detective named Ty Colt. He wanted to save me. He wanted to put the bad guy behind bars. I had one problem with that, prison was far too kind for a man like Leon. I wasn’t going to let him off that easy. Revenge is best served in a pair of black pumps.