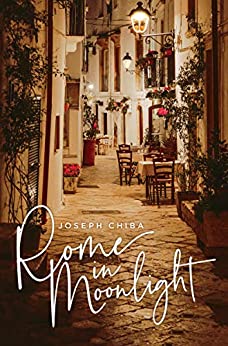 Rome in moonlight: the most alluring ingredient in a recipe for making the heart swell.

Trying not to fall victim to Italy’s hypnotic charm is Camille Beauchamp, an American photographer who has given herself one week of freedom in Italy before getting married in Paris. But Michael Valentino, a cynical New Yorker who’s searching for an Italian half-brother, is making it hard for Camille to concentrate on her French fiancé. Michael becomes bitterly attracted to Camille’s fussiness and her irritating laugh. Doubts about the nature of true love emerge for Camille and she begins to question the perfectly planned-out future she has imagined for herself.

Meanwhile, Fabio Vitale, a meddlesome hotel clerk, convinces his colleague Cecilia to help him bring Michael and Camille together. Fabio offers to help Michael find his half-brother. Instead, Michael finds il dolce far niente, Italy’s addictive sweetness of doing nothing. With Fabio’s assurance, Camille and Michael dive head first into this lust-for-life philosophy and become spellbound by its appeal. Though Michael is finding what’s been missing in his life, he is no closer to locating his half-brother. At the same time, Camille’s week of freedom is coming to a close and she must choose between her fiancé in Paris and being true to herself.