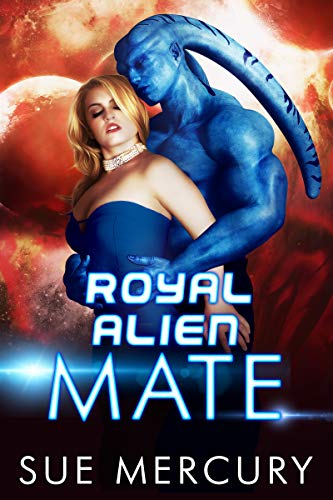 He’s determined to conquer her heart…

Desperate to save her parents from debtors’ prison, Esmay signs up as an alien mail order bride. She’ll travel to Mars to become a savage alien’s mate, and in exchange for her sacrifice, all her family’s debt will be forgiven. She prays she’ll find some semblance of happiness on Mars and hopes her future husband treats her with kindness. But she’s stunned to discover the muscle-bound blue alien she’s been matched with is Prince Vaath, a fearsome warrior who once led a deadly battle against Earth. How can she willingly give herself to an alien who killed so many of her people?

Prince Vaath is aware many of his followers are hesitant to mate with humans, but after losing most of their females, it’s necessary that they claim as many human females as possible in order to procreate and strengthen their numbers. He’s shocked by the possessiveness he feels when he first looks upon golden-haired Esmay, and long-buried instincts soon rise to the surface as he claims his new princess time and time again. He knows she’s afraid of him and believes him to be a savage, but he can’t get enough of the little human who incites his desires, and he is determined to one day win her heart. But dark forces are gathering, and it will take all his power to keep Esmay safe from harm.