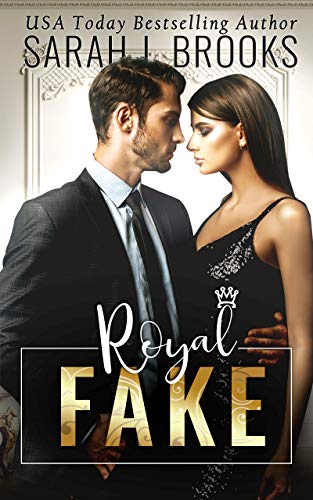 $10 million for being a fake-princess for one year. Done deal – I mean, what could possibly go wrong? As it turns out, quite a lot.

After a ONS with an incredibly hot guy on St. Patrick’s Day, I wake up in his hotel room the next morning. When he tells me that he’s an heir to the throne, I’m stunned. Even more so when he asks me to be his fake princess.

Because if Liam wants to inherit the throne, he has to be married by the age of 40. And he’s running out of time, because his birthday will be in a few months. So he offers me the incredible sum of $10 million to become his wife and fake being princess until his succession to the throne becomes final.

Aside from the money Liam is charming, gorgeous and above all – great in the sack. What girl hasn’t always dreamed of being a princess? So I say yes and leave my fashion job in New York behind.

But life in a royal family is by no means a fairy tale. Nobody can find out that there is a contract between us, but people are suspicious, starting with my beastly mother-in-law. Between the paparazzi stalking us and other family intrigues – slowly but surely my life becomes a nightmare.

And as if that’s not enough, I’m getting morning sickness. A pregnancy test later I know that a little prince or princess is growing inside me…

I guess now is not the best time to ask Liam to terminate the contract?